Can I eat that? Asparagus gone to fern

I’ve been foraging and collecting local fruits and herbs and in the process, a friend asked me if her asparagus which had gone to fern and flower was edible. I researched it a bit and found out it isn’t poisonous. Not to shirk an adventure, I collected a generous helping of the gone-by plant and headed home.
When trying to find out if something is edible, it is absolutely important to distinguish between an asparagus plant that is past season, and asparagus fern, which is a different plant. Asparagus fern is mildly toxic. Don’t eat it. If you are going to eat a plant, be sure you identify it first and don’t get it confused with something similar.
The first thing I tried was the most simple- I threw it in a pan to sauté it.  When sautéing in a pan wasn’t effective, I added some dregs from my homemade loquat wine bottle, which had yeasty bits to add some vitamin B and flavor to a sauté. 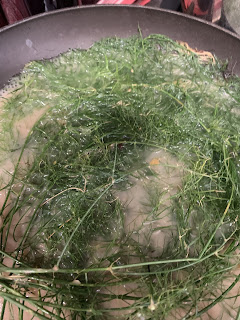 That was absolutely an abject failure. It did not soften at all and even after a long time on the heat, it was absolutely too hard to eat because it was so reedy and stalky. It’s ok though. When you are on a good adventure you can’t just give up after one failure.
The second thing I tried was boiling it. (I had enough that I started fresh with another big bunch of it.). That can soften up a lot of tough stuff and add moisture. But not particularly in this case. It was still super hard and difficult to eat. 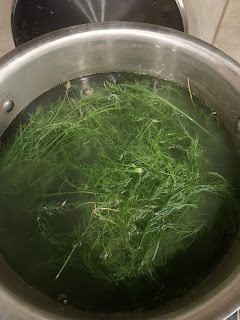 At this point, there was only one thing to do. Get aggressive.  I had an immersion blender and it wasn’t powerful enough and I complained and my beloved husband who gets me made sure I wasn’t sad about my immersion blender any more. He did not disappoint.  It’s almost bigger than my 2 year old. 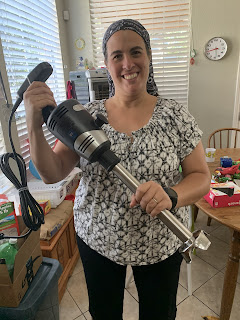 That is a LOT OF POWER so I was able to break all that tough stuff down. It looked ... sludgy.  While it could have been choked down, it wasn’t exactly palatable.  This is the point at which minimum nourishment could have been achieved with this concoction but I would not yet call it “edible.” 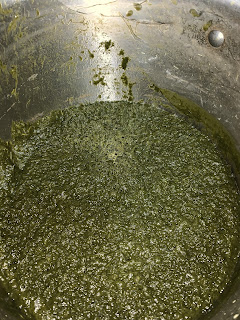 At that point, I tried draining the mixture through a colander but it was not fast or efficient so I put it through a food mill. That was a leot faster and I ended up with a nice asparagus juice and a bunch of grassy clods. 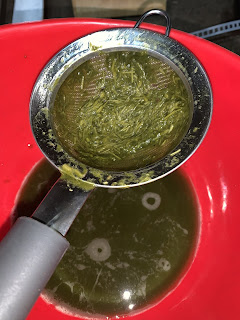 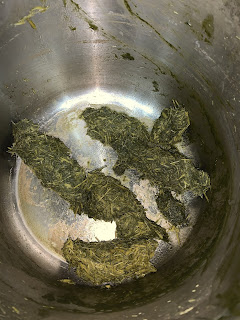 So it was time to take that lovely asparagus juice and play with it, because that was about all I was going to get out of it.
I tried making a cream of asparagus soup. I used the liquid, plus almond milk (I can’t do dairy and that was all I had, but cream might have worked out better.) Then I looked in my fridge to see what was there. I found some other wine sludge (the yeast really adds some flavor), the tops of some strawberries, a bell pepper from a friend, a tomato, and some herbs and onions. I simmered it all together for a while. Then I immersion blended to make it a thick creamy soup base. The strawberries actually added a sweet note that countered the slight bitterness of the over-grown asparagus and the rest of the veggies gave it a rich earthy flavor. Very good. 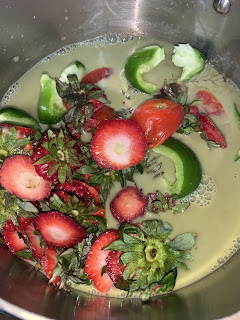 That was when I should have stopped but I thought it would give it some texture with dandelion greens and spinach. Nope. Too much. 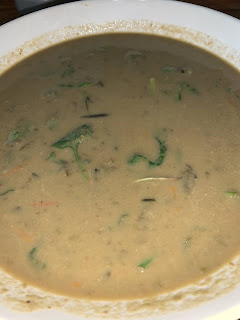 So with some of the remaining asparagus juice, I made a second attempt, keeping it simple. I added almond milk and herbs and spices and simmered. It was tasty, but I actually liked it better with strawberry tops and some other veggies blended in to round the flavor out. I added some crushed frozen spaghetti to give it some bulk which was just about right and filling as lunch. (I boil pasta ahead of time and then put it in large cupcake tins and freeze it.  I pop it in a bowl with a pat of butter and a damp towel over the top and I have convenient and quick servings for my kids when they refuse to eat flavorful food.  The other day my daughter told me a pancake was too spicy so it’s an ongoing situation.) 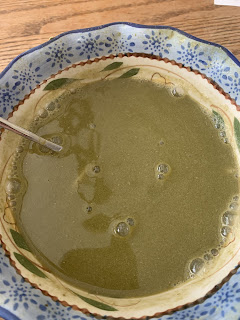 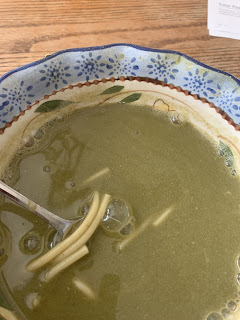 So my conclusion:  is it edible?  Absolutely!
It is and you can make something tasty with it. That said, there is a fair amount of work involved in it. From a caloric standpoint, I’m not sure you would get more calories than you would use preparing it if you didn’t have a full battery of fancy kitchen tools. So it’s not a good choice for survival food. It’s not particularly more delicious than in season asparagus, which is more tender and easier to process and eat.
I enjoy a good Food adventure and finding out whether something can be useful. But probably the better choice would be to let it flower and seed and create a new batch of asparagus next year.  It’s a very pretty plant when it ferns and flowers and it will seed itself. Asparagus is perennial and will get a better foothold every year it is in place.
Can I eat that? Foraging The Why Waste Reduction

Popular posts from this blog

What on earth is with the jars? 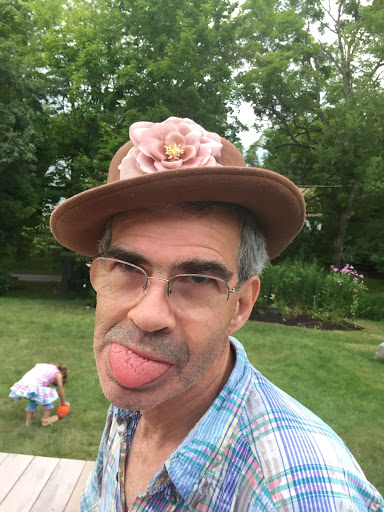 If you know me, you’ll know I am always on the hunt for glass jars and bottles. (You’ll also know it drives my husband bananas because there’s jars everywhere in my house). If you have gotten stuff from me, you’ll know it usually comes in a reused jar and that I will give you a dollar worth of store credit (see my product page  https://www.themoonlady.com/p/moonladys-kitchen-product-page.html?m=1  )  It’s a bunch of extra clutter and a bunch of extra work and it makes my husband mad. So why?   Well... for starters, I do it for my dad.  He’s a character for sure. He can be a grump but he’s got a heart of gold. (Sort of like my husband, actually. I guess he set a high standard.  As a young man he was a Boy Scout and an Eagle Scout and he really took it to heart to leave a place better than you found it. We (his daughters) spent our childhood stopping to pick up hats from the side of the road and carrying trash that wasn’t ours back to trash cans. And- this is a big one- recycling. At on
Read more

July 06, 2020
As my first post, I want to invite you to follow both my business page Moonlady's Kitchen and my food adventures here.  On the business page will tell you what is fresh or what specials I’m doing then.  (If I have a bounty I love to share- if it’s a product I’ll make a deal, and if it’s an adventure or an experiment I’m always looking for the adventurous to taste test for me).  I do several categories of items for sale Candied fruits (fruit+sugar) Dried fruits with no additional ingredients unless noted Jam and pickles (new-ish so still working the details out) Dried Herbs Hand (or body) scrubs  To see a List and prices, please check my product page:   https://www.themoonlady.com/p/moonladys-kitchen-product-page.html?m=1 I also want to walk you through my process.  The things that motivate me are reducing waste, eating food that is free of a lot of crazy additives, and finding new and interesting ways to change how I think about food.  My candied orange peels are a good example- we
Read more